I have known Janet Rose of Alder Meadow Farm for many years. When my kids were little, I would go get some eggs, she’d be busy in her kitchen, baking, while keeping an eye on her children. This past Sunday, when I drove in, I found her with her husband Marty and their son Evan, busy testing the newly acquired watering system. With this summers’ drought, a deep pond holding water to irrigate from, is the newest addition to their landscape.

I’m always curious to know how things start. At this point in time, Alder Meadow Farm has a vegetable and fruit stand in both Amherst and Pugwash, open everyday of the summer. On top of that the Roses can be found Fridays at the Amherst Market and Saturdays at the Pugwash Farmers Market. They have been members of the markets for 15 years.

“It all started one summer when we planted too many beans” says Janet.
“Breanna was nine. I told the kids: sell the beans, you can have them. They were supposed to take care of it, they didn’t, so I helped them. They sold it to the Coop. They made quite a bit of money, they paid them good for it.”

The following year the Roses started going to the market. “Every year we got a little bigger.
We didn’t know what we were getting into” laughs Marty. “We’d sell out by 9:30am,” adds Janet “we didn’t have enough”. So each year they did a little more, and little more.

From the beginning the Roses three kids were involved, always helping, always picking veggies. “They all have their job they like to do” says Janet. Now young adults, the kids still help when home for a vacation. “It’s been really good for the kids. It taught them a lot of social skills, taught them a good sense of business because the kids always had their little barbecue business so they could save their money for college” adds Janet. “ It’s given them a good work ethic”.

Knowing that Alder Meadow Farm also carries produce from the Annapolis Valley, I inquired how that came to be. Janet tells me how one summer a gentleman started selling fruits and veggies from the valley. He had everything early; potatoes, corn, it was hard to compete. Either they would lose their customers and call it quit, or they would incorporate some valley veggies into their business.

And so they did.

As if gardening, going to market, and running two stands, wasn’t enough, Janet also bakes sweet treats for market days and on order for the stands. On her table you will find: cinnamon rolls, sticky buns, a variety of cookies, and a popular cranberry walnut bread. At times you may find or order: fruit cakes, muffins, even cheesecake.

At the stand this week you will find: corn, potatoes, carrots, beets, beans, fruits from the valley such as: plums, peaches, high bush blueberries, and soon to have pears and nectarine.

The Alder Meadow Farm stands can be found just outside of Amherst on Trunk 6, and across from the Library in Pugwash. 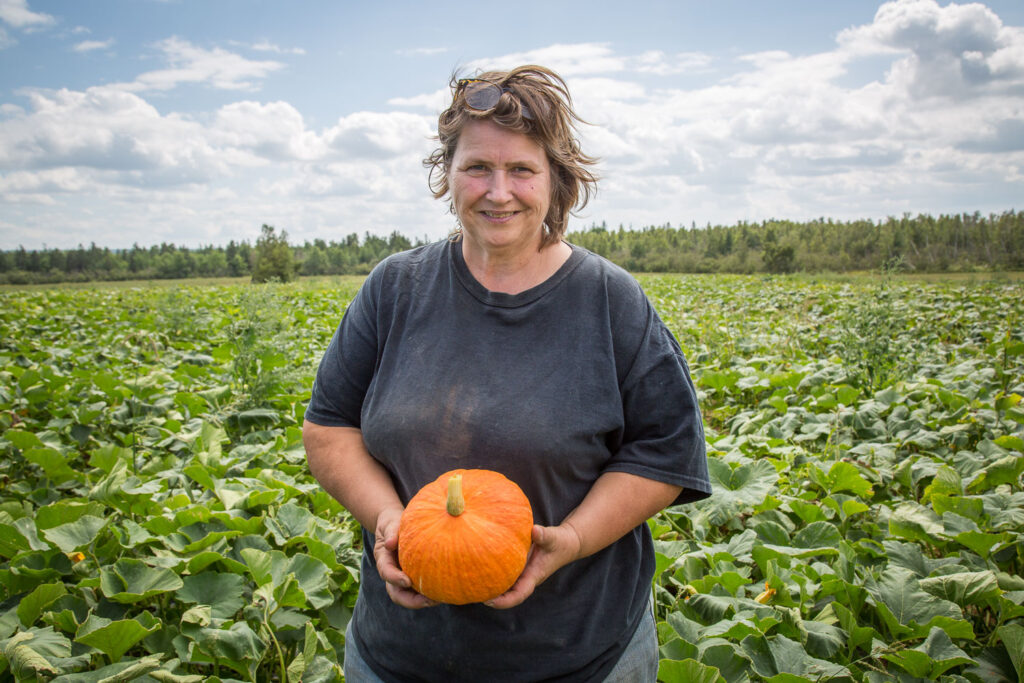 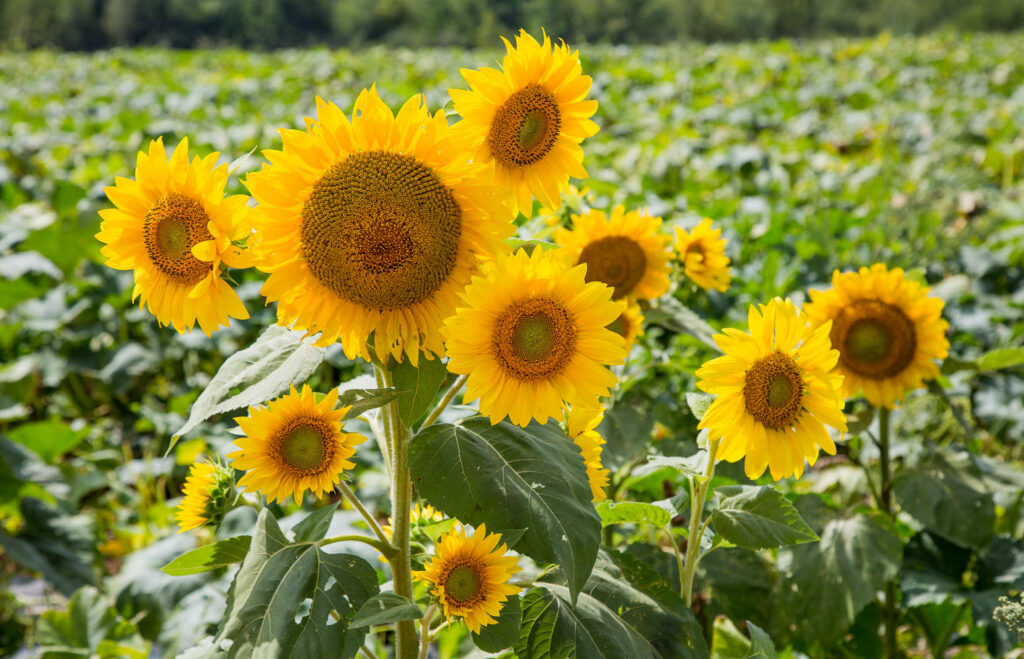 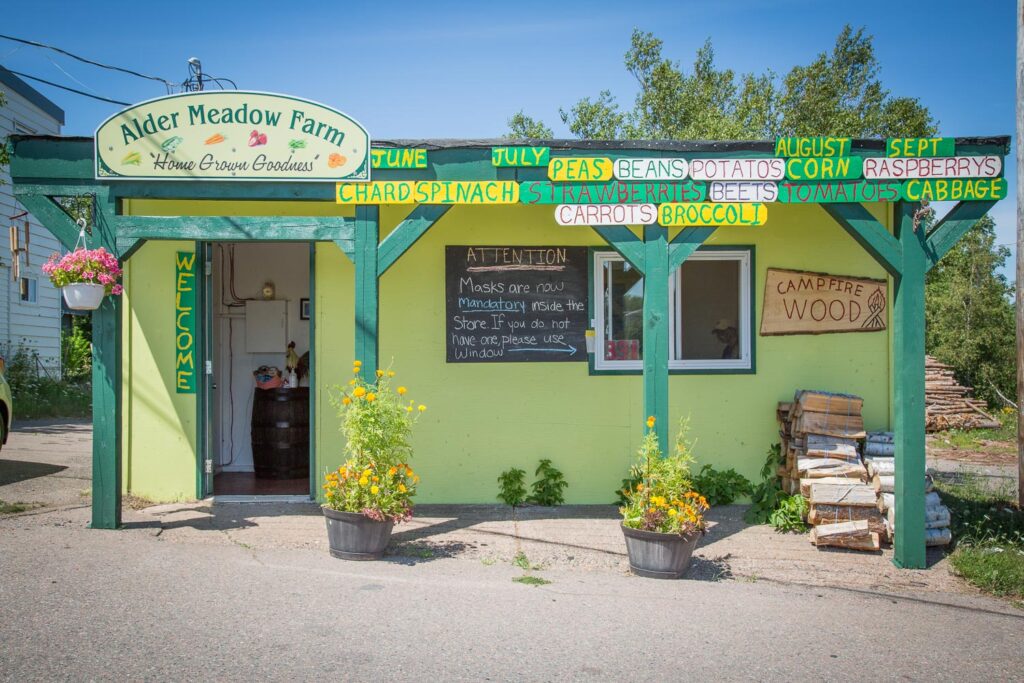 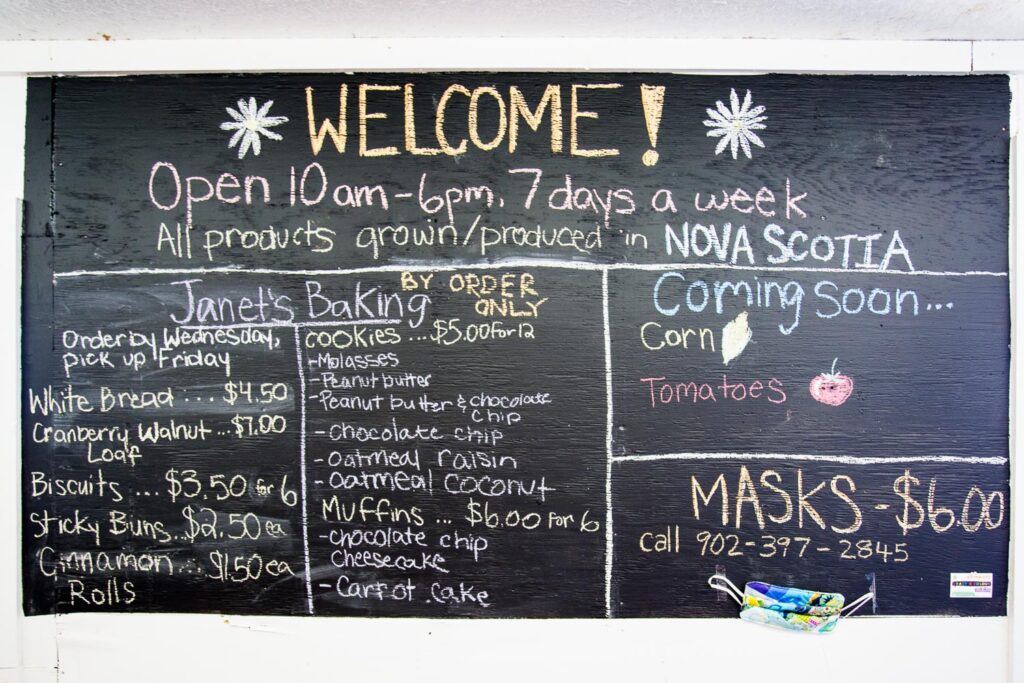 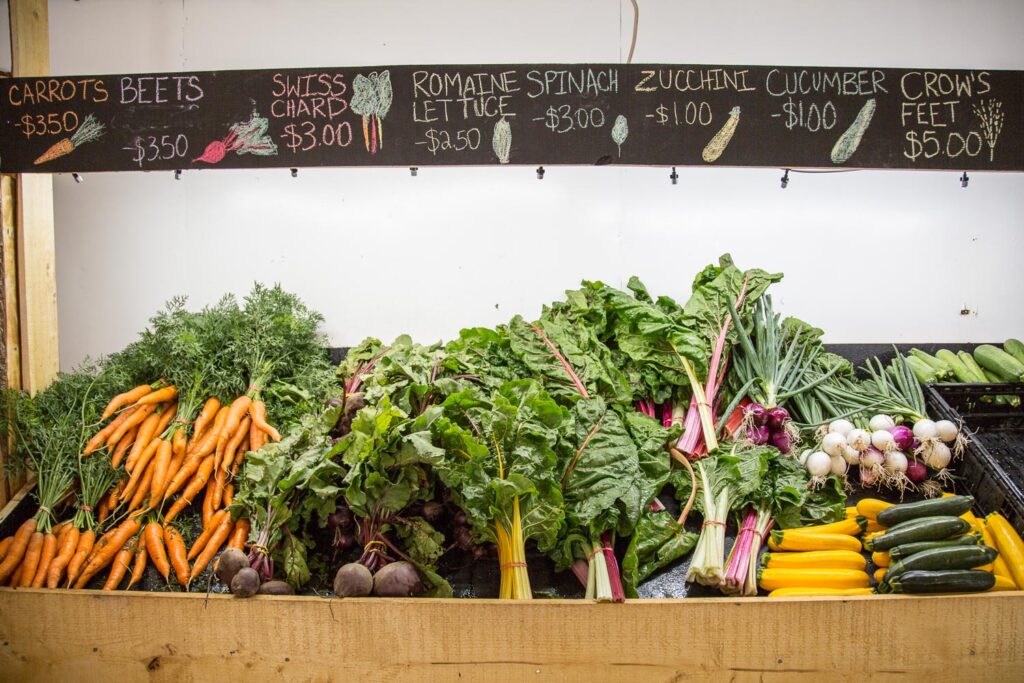 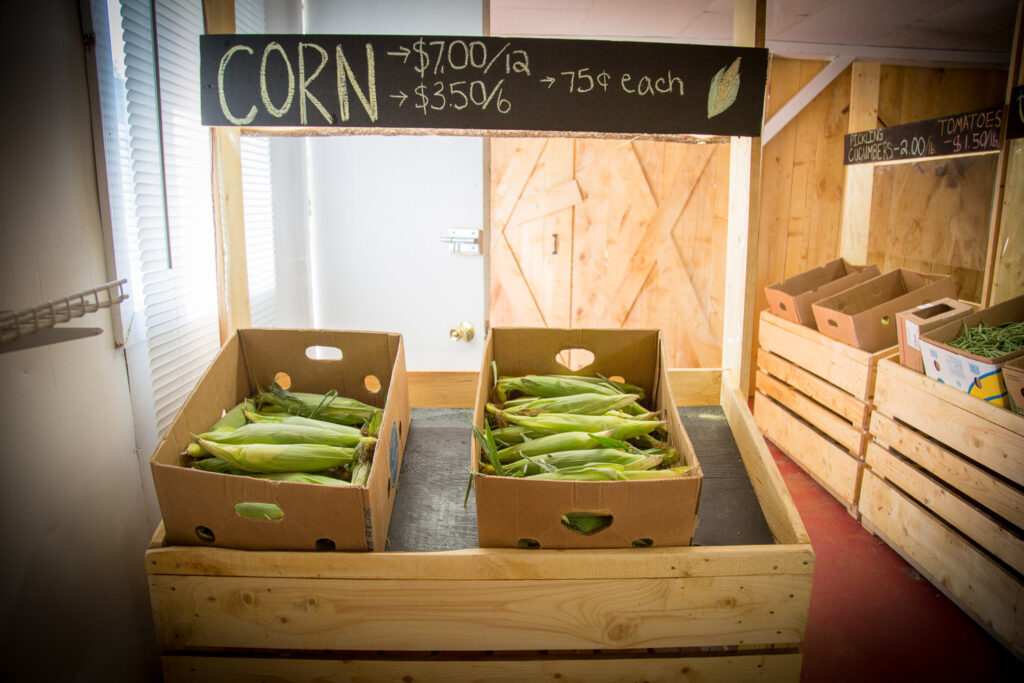