It’s been hot and muggy and we all have been told not to venture too far. I have to say these days I am glad to live in Cumberland County. So what better time, on a hot muggy day, to head to the Bay of Fundy, support local business, and enjoy fresh local brews while admiring some of the best vistas in the world.

Set in the heart of Parrsboro, Two Islands Brewery is the entrepreneurial child of four retired business friends wanting to give something back to the community, something that would appeal to people, add to the fabric of the town, and be an attraction for tourists.

I asked David Beattie, who welcome me in, if he or his partners had any prior experience brewing beer. “I always loved drinking beer” he said, “but I was never a home brewer”. “We build this from the ground up, it’s a brand new building”. “With no experience, we thought; now let’s find someone that knows something about brewing, and we were very fortunate to get in touch with Greg Nash. Greg grew up in Cumberland County. He’s a master brewer trained in California. He worked in breweries across North America.”

With Greg designing their first four recipes and helping out with several others, the response from customers has been great. This summer, David says, it’s hard to keep up with demands. There a lot of work to it, a lot of physicality. It’s 80% cleaning and 20% brewing, David adds.

Part of the joys of operating a brewery is developing and producing a quality product. It’s also meeting and engaging with customers, delivering to the local restaurants and venues that carry their beers. See how everyone is doing. The goal is to keep it local. “We’re too small for NSLC” David says.

The four main beers to be found at Two Islands Brewery are: By The Bay Blonde for mild easy drinking, Sailor’s Delight Irish Red, Fundy Fog (an American Pale Ale with a strong citrusy hoppy flavour), and Parrsboro Porter, “Its like a stout but with a fresher feel to it” David says.

The beer of the week: Blueberry Weisse brewed with local Cumberland berries.

Since you will not find those fine brews at NSLC, take a drive to Parrsboro where you can buy some beers to go, or sit in and enjoy the venue. The brewery can accommodate indoors and outdoor customers, tables are spaced far enough to keep everyone safe. On Saturdays you may catch live music. Several restaurants and venues also carry their beers such as the Wild Caraway in Advocate, Harbor View, Black Rock, and Glooscap restaurants in Parrsboro, Sociables Pub and Eatery in Springhill, The Savoie Kitchen, Frank & Ginos, and Duncan’s Pub in Amherst.

The Brewery is open every day except Mondays, scroll down for hours on pictures below. 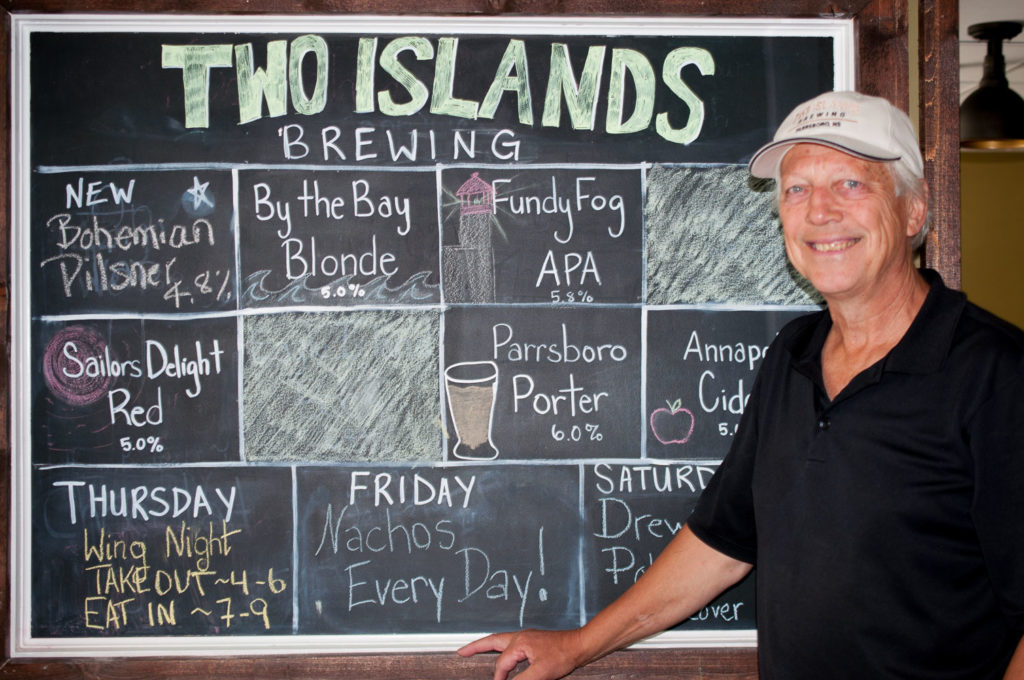 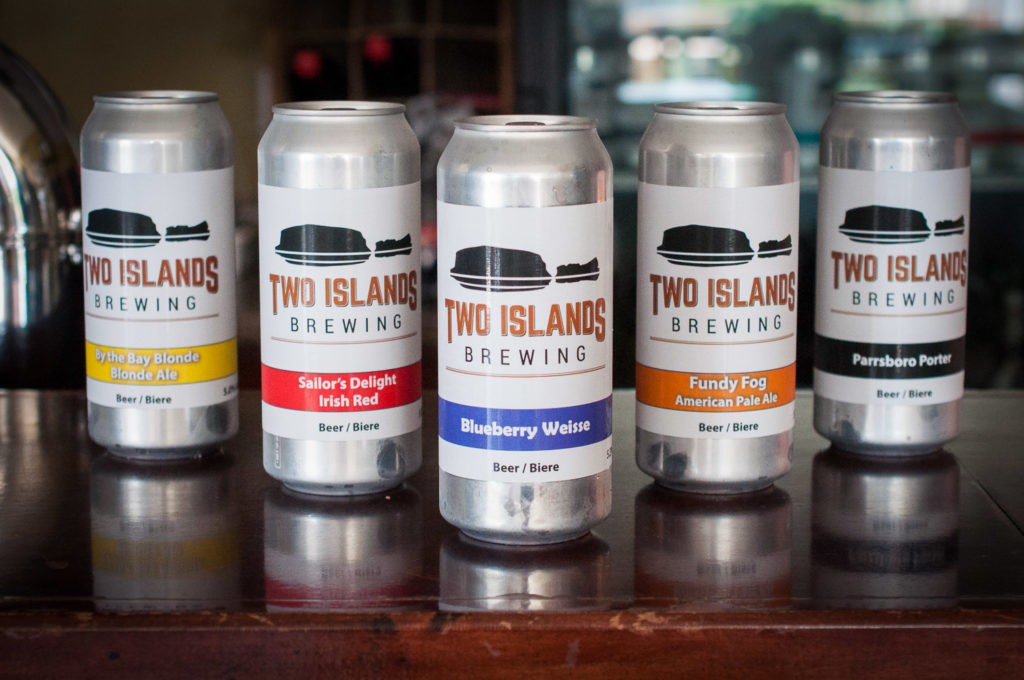 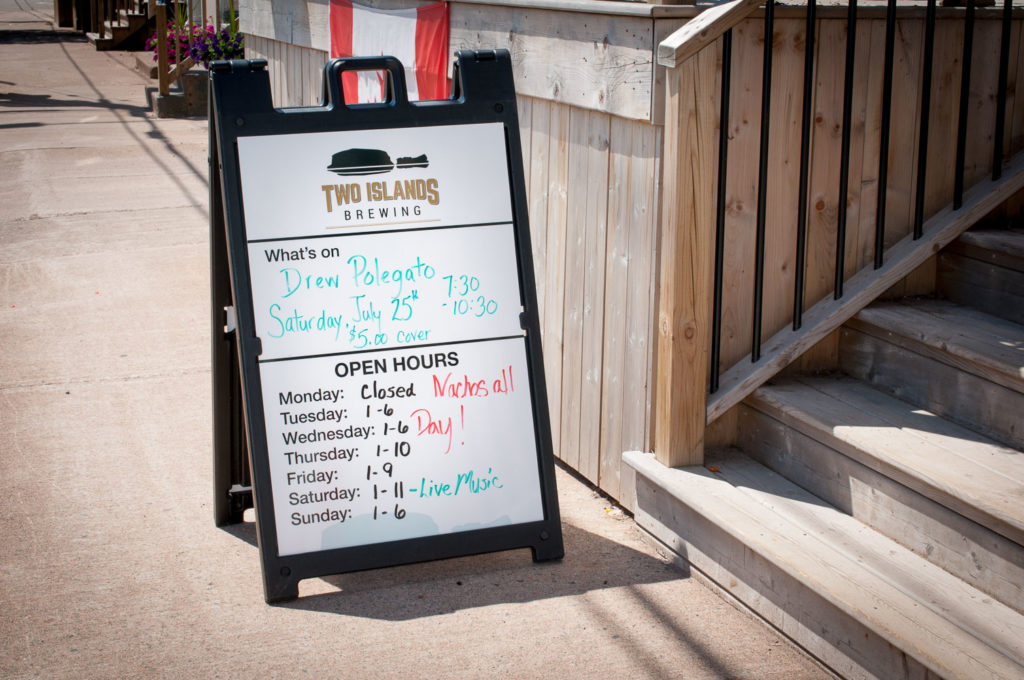 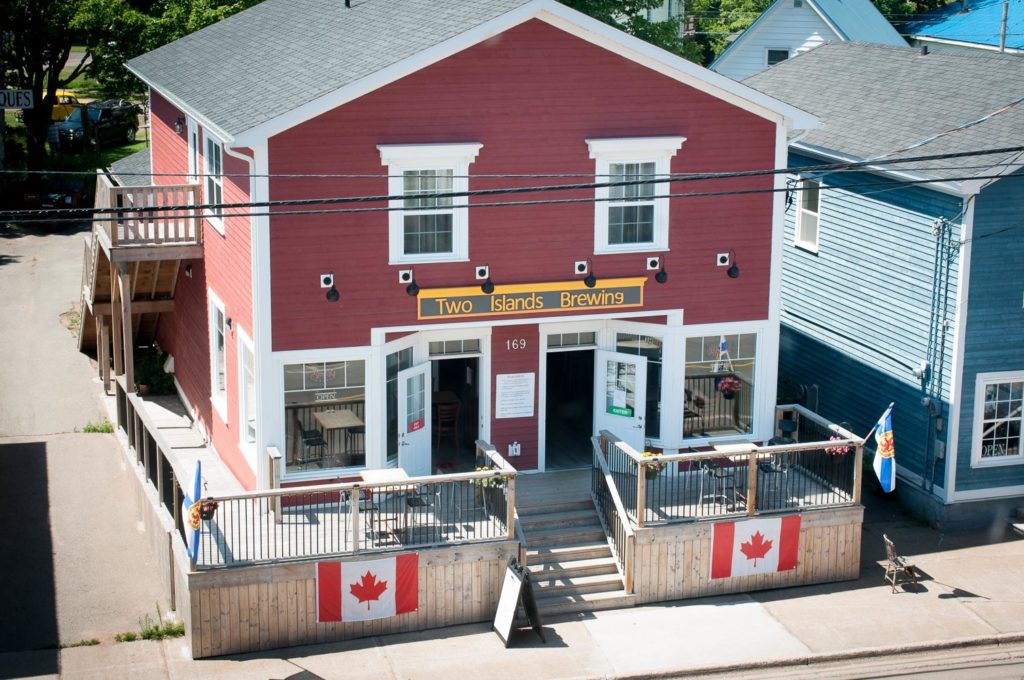 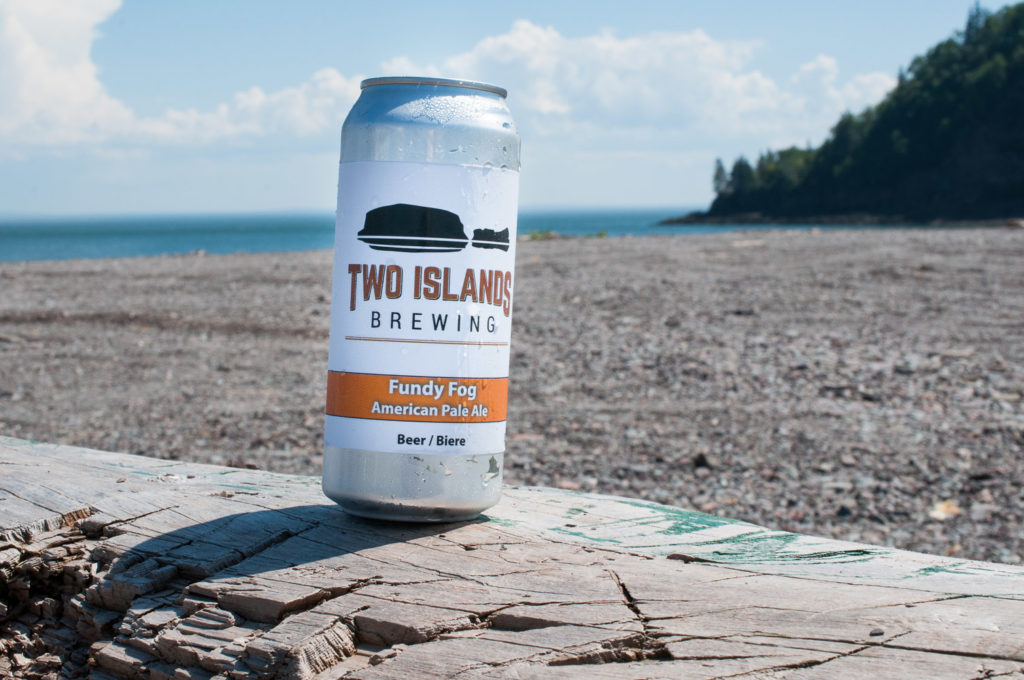